In this episode, we had Chance Dorland of the Chance and Dan Do Korea Podcast with us and said goodbye to our ever faithful and awesome co-host Aaron. This was his last episode with us and he will be dearly missed.

News of the Weird w/ Eugene

Ask Aaron and Olivia and On the Street (w/ Mike Jones) 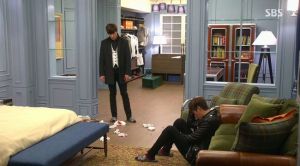 Yes, most Koreans live in houses like this and a day is not complete unless it has involved fighting or crying.

On the Pulse w/ Rob

Everyone pitches in with some ideas about the potential of English Language Radio, how much better it could be and the reasons it isn’t as well as some of our own personal experiences working in the industry.