This episode is jam-packed with lots of cool stuff.

Introducing Rydia Kim trying out to be our 3rd cohost. (Actually we’re trying out for her).

Rydia is one of the most well known personalities among the expat community despite not being an expat herself. She is a fashion designer, a women’s rights activist, and an overall cool person. She met Eugene very briefly when they both worked at the same radio station but this is the first time she’s been on air with any of the Café Seoul crew… and there was instant chemistry! To find out more about her clothing line (Varyd) and  advocacy group (Disruptive voices) check her webpage here.

News of the Weird w/Rob

Ask Rydia Rob and Eugene
-How is being in Korea in your 30s different than in your 20s?

On the Pulse w/ Eugene
-Eugene Interviewed Julianna Haahs about her viral status update which discussed how her Korean family judged her so much based on her appearance… then Rydia, Rob and Eugene discussed.

Here’s a copy of Julianna’s viral post, that is now inaccessible because she has stopped using facebook for the time being.

This open letter she penned got her so many responses from all over the world, including from all over East Asia, Southeast Asia, North America, and even from Russia. With love, looks really shouldn’t be important according to Julianna. She hopes that people will appreciate each other for who they are, not how they look.

Notes: During news of the weird, we used a clip of the following song, which Eugene found randomly but found to be really cool in its own right. So check out gunnarola ft. Andrew Huang

It’s the beginning of a new season! Sadly Blossom is no longer with us… life happens. We’ve got a slightly different format to start out. Eugene and Rob will be handling things by themselves. We are of course looking for a third member, preferably if you have two x chromosomes. We are going to try a few people out before settling on one person, so if you think you would like to join us, then drop us a line.

News of the Weird w/Eugene

Ask Blossom, Rob, and Eugene (without Blossom)
-Question on re-entering English teaching in Korea in your mid-30s 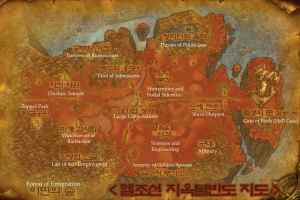 Here is a map of Hell Joseon!

On the Pulse w/Rob
Rob asked some of his students their thoughts on Hell Joseon, and we discuss the meme and their answers. So, to understand the Hell Joseon meme, does one have to be a doctor? No! It’s plain and simple that with economy designed the way it is, young people are getting the short end of the stick, or at least they feel that way.