In this episode we discuss the end of humanity, as the Alpha-Go computer program defeated human champion Lee Sedol in a game of Baduk (Go). Pleased to have ranked chess player Kevin Em join us for this important discussion.

News of the Weird 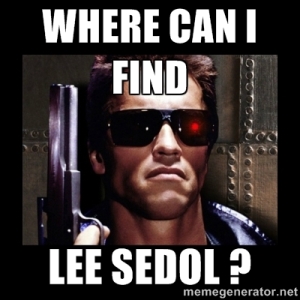 Is this what lies in our future?

On the Pulse – Discussing the impact of a computer besting a human in a board game. There’s a lot more at stake here than simply just winning a game, what are the implications for this? Is this just the beginning? Will humans no longer have a future? Are the robots going to nuke us in a Moonraker-esque plan to rid the world of humans and start over? Signs point to probably not, but in any event, we have Kevin, who is a ranked chess player discuss the implications of this feat with us, and drawing correlations to Deep Blue’s win over Garry Kasparov in 1996 and 1997.

By the way, here are some other videos of stuff we used in this episode: