Welcome to another addition of Rydia’s Café Seoul featuring Rydia Kim!  Just kidding, anyway Rydia is back this week, and has confirmed that she will be joining us every other episode. She’s a busy gal, and we are happy to accommodate her. A few days ago, a video that showcases her voice acting was released. She is the white rabbit.

I think it’s pretty cool how there are rainbows and sunshine all over the video but knowing Rydia, I was expecting that maybe the mood would suddenly change and we’d see lightning and thunder. Ball up all her emotions in one video, I say. But at any rate, Rydia is now a regular!

Also people in Seoul who ride public transit, please be careful not to catch the norovirus so that you don’t have to suffer the fate of having some pretty nasty symptoms that nobody wants to hear about.

News of the Weird w/Eugene

Ask Rydia, Rob and Eugene – Why is football not popular in Korea? Of course when we say football, we don’t mean soccer.

Here’s a picture of Shaun Webb looking suave, stolen from his facebook page.

We spoke to Shaun Webb from Pop Over Asia about his experiences in media both in the US and Korea, and a little about the Black Lives Matter movement and how that relates to the civil rights movement in the 1960s.

Over the course of the conversation, it came out that Shaun is related to civil rights activist Ezekiel Bell.

He also mentioned that interviewing the dance group waveya is one of the highlights of his career. Over the course of that conversation, the following video was brought up:

Yes, we know the soul/Seoul pun is awful, but we had to put it in because I.Seoul.U is now the slogan of the city we love. (Groan)

This episode is all about finding yourself in Korea and we are joined by the super talented photographer extraordinaire, Sharon Heit! 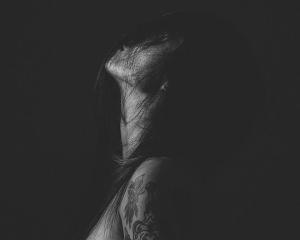 Sharon Heit is a talented photographer on a mission to tell her story through portraits of women, and her photos are pure gold. Finger through them and you will see that they are more than just ordinary portraits, they stare right into your very soul. In this episode she is talking about finding herself in Korea. We are also trying to get her to be a permanent co-host on our show, so hopefully we will see her again… but if you would like to know more about her, please visit her webpage.